RoboSteve is a mobile robotics platform used to study machine vision, machine learning, robotics and ROS. How much has he evolved from our first post? 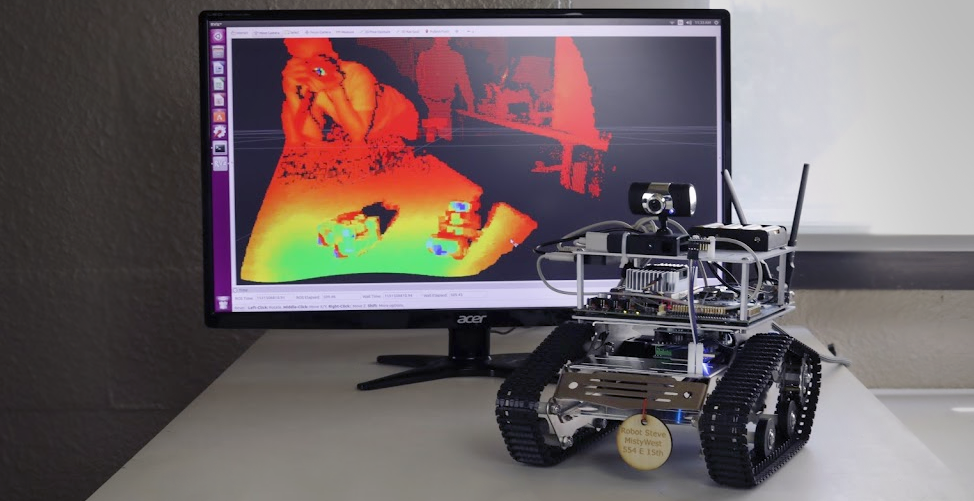 A New Robot Body For Steve

Creating a realistic robotic dog body was beyond the scope of this project, as we mentioned in parts one and two of this series. Instead, we decided to use an off-the-shelf robotic car platform with simple motor controls (and who knows? Maybe we’ll eventually add a robot arm!). 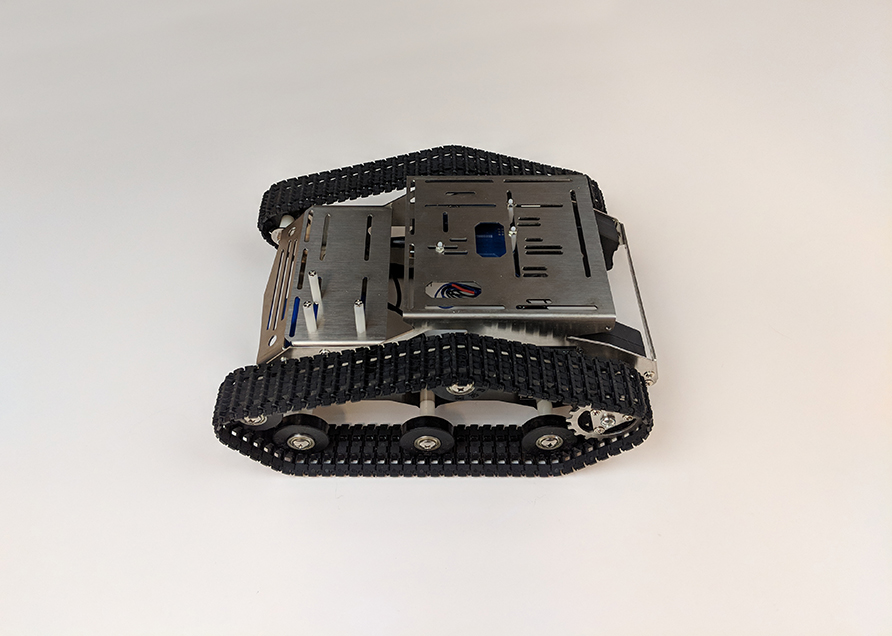 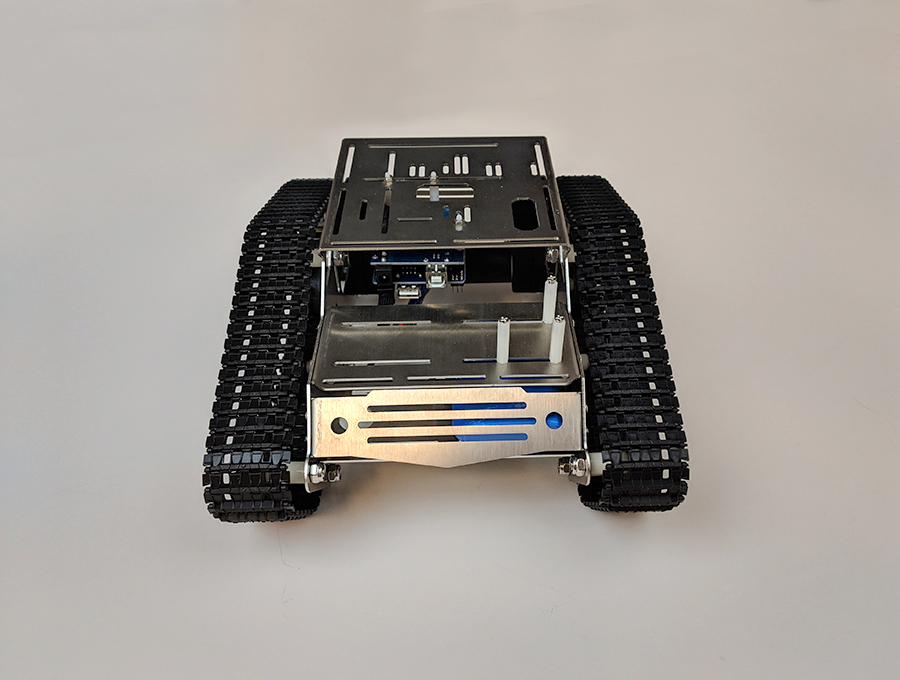 After a long journey of trying different RC car chassises, we found that they were not able to carry the weight of our compute and sensor suite platform. In the end, we purchased the Kuman SM5-1 track robot platform; a basic track chassis, but large and sturdy enough to for our needs. It also comes with an Arduino compatible control board, a motor driver shield, a USB camera on a servo swivel mount, and an externally powered servo shield.

We followed the build instructions very closely, but made two significant changes:

After setting up the Kuman SM5-1, we found that we still didn’t have enough space for all our components. To solve this, we enlisted our co-op student Celinna Wu to design two additional mounting plates to house the TX2, a USB hub in the mezzanine layer and provide a very flexible mounting interface at the top.

In addition, we replaced the plastic servo motors with metal gear versions of the same form factor. 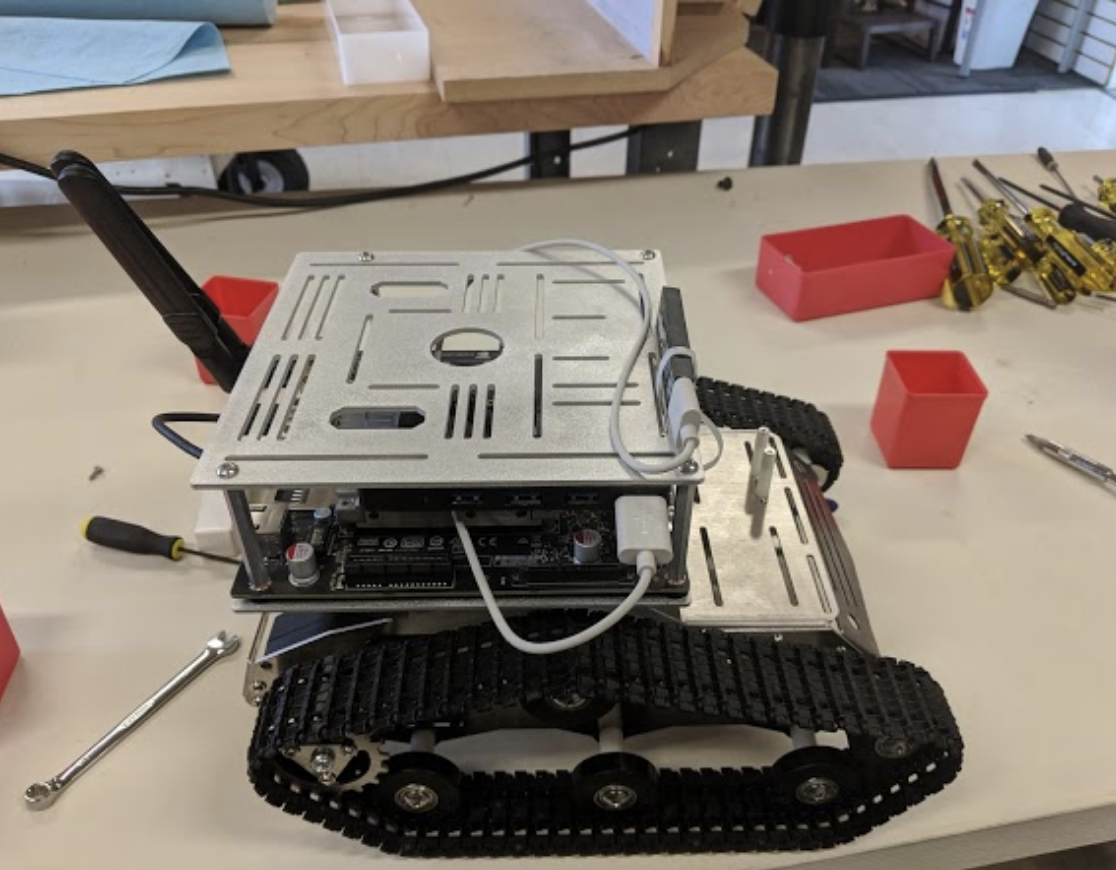 In total, we added the following components: 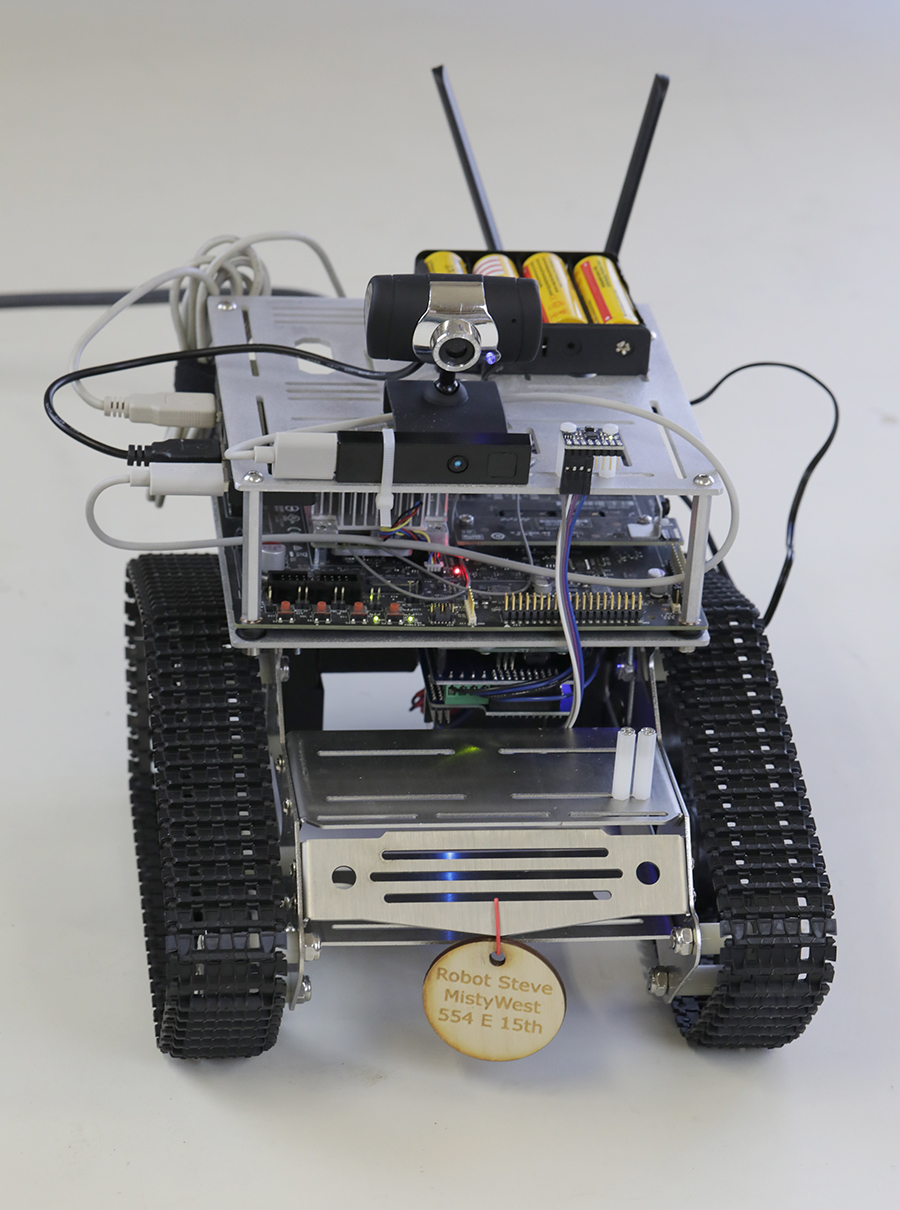 The TX2 development board features a CSI camera attached directly to the MIPI connector. Unfortunately, this camera did not immediately register as a Video for a Linux device. We found an excellent blog post by Peter Moran and several helpful comments on the Nvidia blog that helped us overcome this challenge.

The camera registered as /dev/video0 and we eventually settled on a gstreamer based image capture:

This pipeline can be used later in the ROS gstreamer node.

Since the Kuman SM5-1 came packaged with a USB RGB camera, we figured we might as well incorporate it into our system. The camera registered as /dev/video1 and can be accessed as a standard V4L device.

By sheer luck, we had an unclaimed sensor box for Arduino (37 sensors by Elegoo) lying around, and amongst other interesting things it contained the GY521 inertial measurement unit. We connected this unit to the Arduino and updated the sketch to allow for the motor driver and IMU code to coexist. 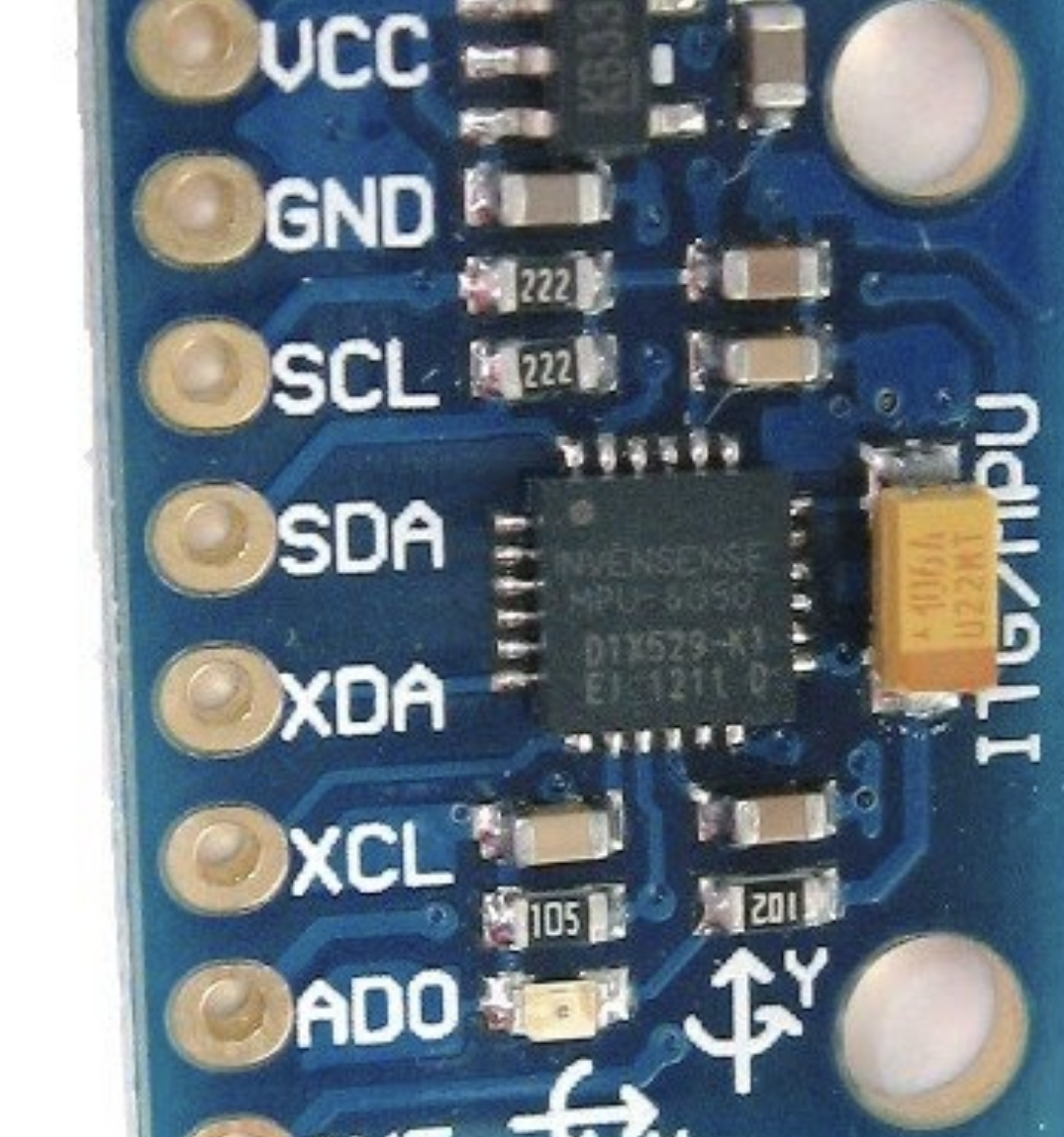 MistyWest is testing depth cameras at the moment, and luckily we had a spare (i.e. unclaimed) CamBoard pico flexx time of flight sensor. This sensor features an attractively small form factor, easy connection via USB 2.0 or 3.0 and Thiemo Wiedemeyer wrote an excellent ROS integration node hosted on GitHub. Getting the camera to work on the TX2 is a simple three liner:

Luckily the PS4 play-station controlled can be used with Linux on i86 and ARM architectures through the ds4drv driver. By default, only root can connect to the controller. Make sure to follow the installation instructions on the driver page to allow user access.

Even better, ROS integration already exists through the ps4-ros package. All we need to do is to modify the launch script and we were good to go:

At a very high level, we would like Steve to execute a hierarchy of tasks: 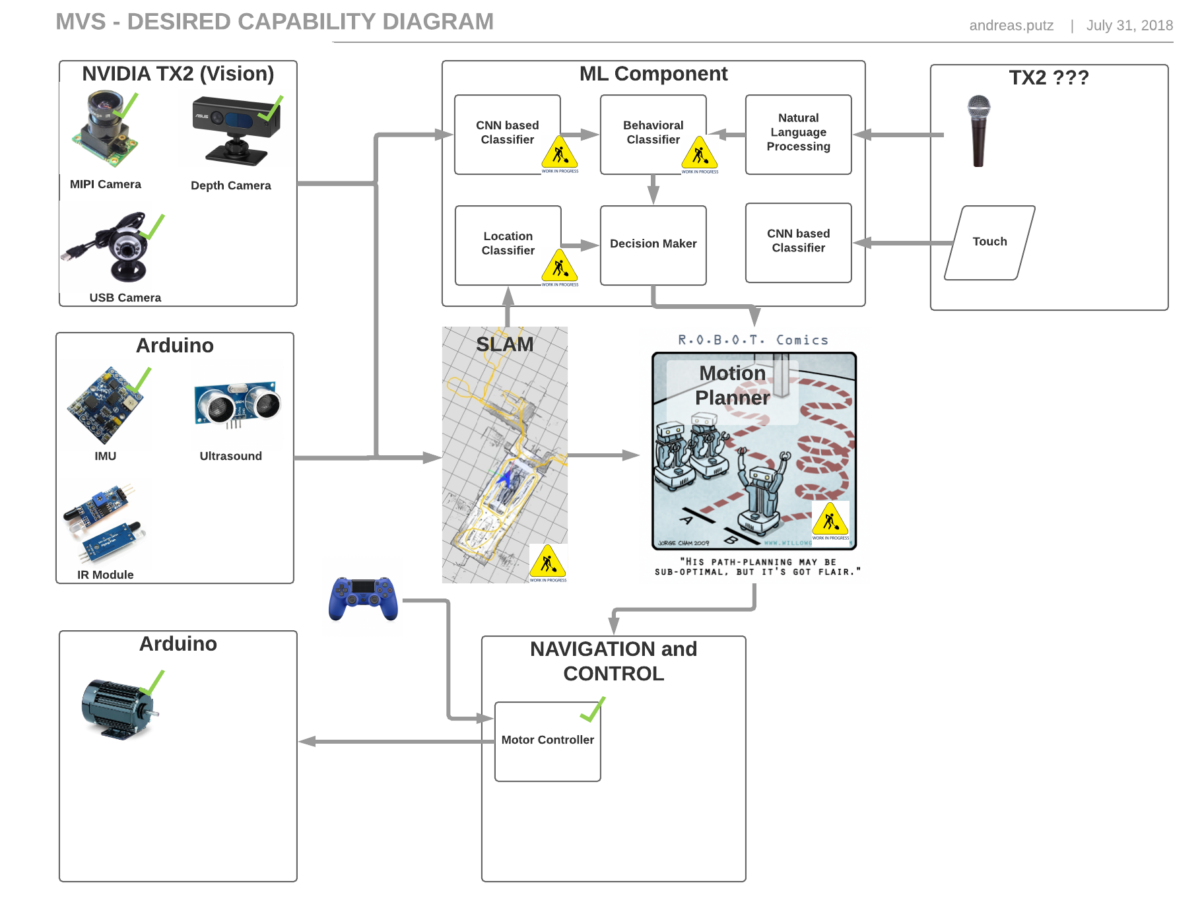 The Robot Operating System (ROS) provides a unified framework to write software for robotics. It is specifically designed to optimize code reuse and sharing. 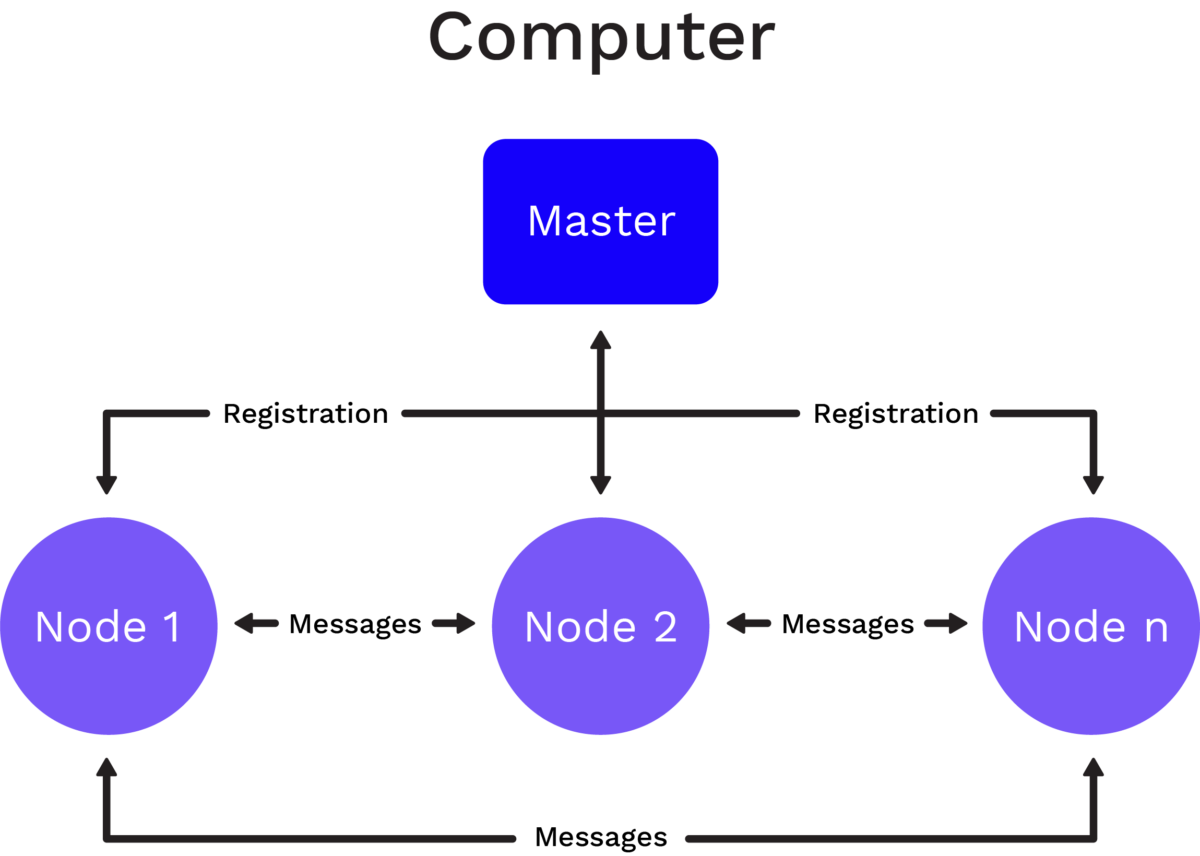 We have created a Bitbucket repository, which contains documentation, source code and third party repositories.

It’s intended to be compatible with the ROS build system catkin.

The final project structure should resemble the above snapshot.

Then follow the steps in the README.md file and the documentation hosted on ReadTheDocs.

After source code checkout, installation of the prerequisites, and successful compilation, it’s time to try out RoboSteve. For the demo, a tether to a monito via the HDMI connection, mouse and keyboard are necessary. A VNC connection would also work, but viewing the 3D point could be tricky.

After launching the nodes, the compute graph generated by rqt_graph should look like the following: 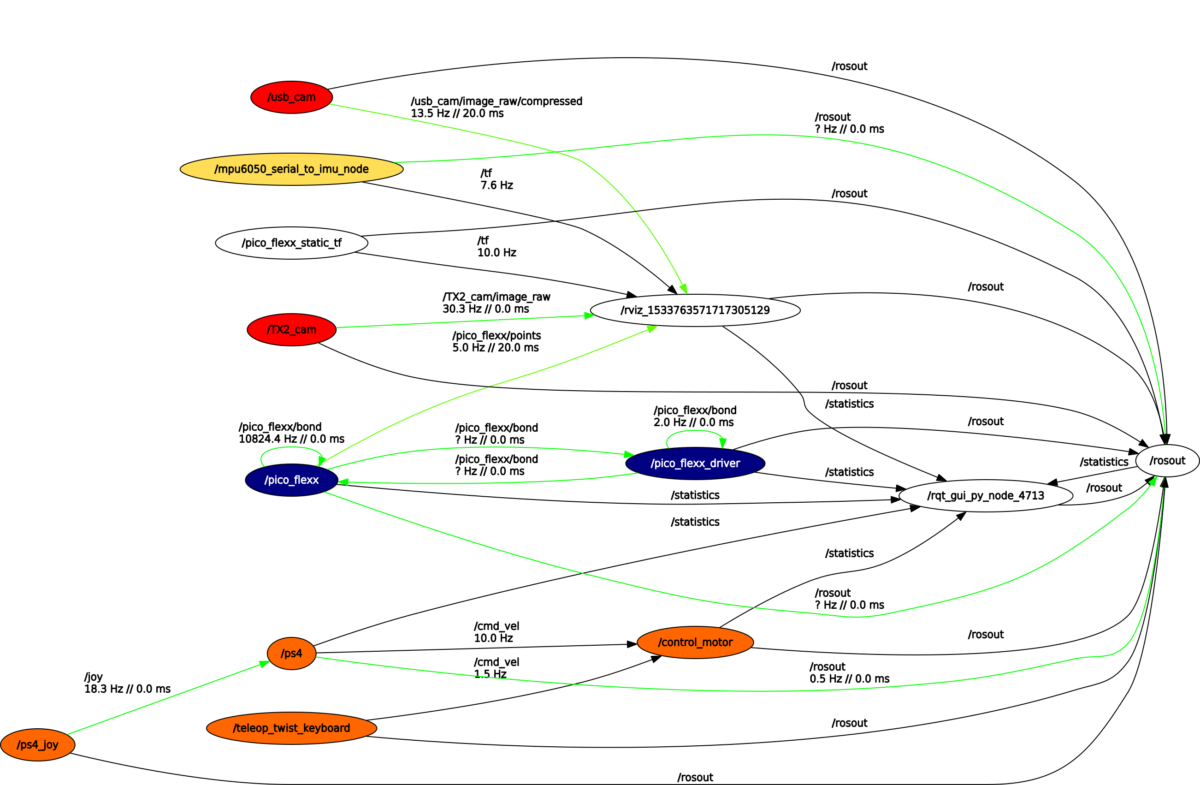 Compute Graph of RoboSteve ROS nodes in operation. Red denotes camera nodes, blue the 3D acquisition systems, orange control for motors and servos and yellow other sensors like the IMU.

So, we finally have a basic mobile robotics platform. We can remotely control the robot, we get sensor feedback, and rqt shows a nice 3D point cloud of our environment.

However, we are far from done. Some potential next steps are: