How we rebooted our corporate structure by implementing holacratic governance.

In January 2019, MistyWest embarked on a quest to reimagine the way we structure our company, our teams and individual roles within the organization. We did this with the help of a new model of organizational management called Holacracy, and the patient training of mastermind Karim Bishay of Living Orgs (who we highly recommend, by the way).

Prior to the reboot, MistyWest’s structure was pretty flat. It consisted of mostly fluid project team units with a layer of administrative and sales roles between them. There were no “managers” or even a boss, really. Our founders insisted on the core values of autonomy and distributed authority, so a traditional hierarchical structure was not the Westie way.

However, there was still a strongly shared desire for a more clearly defined structure and accountabilities. 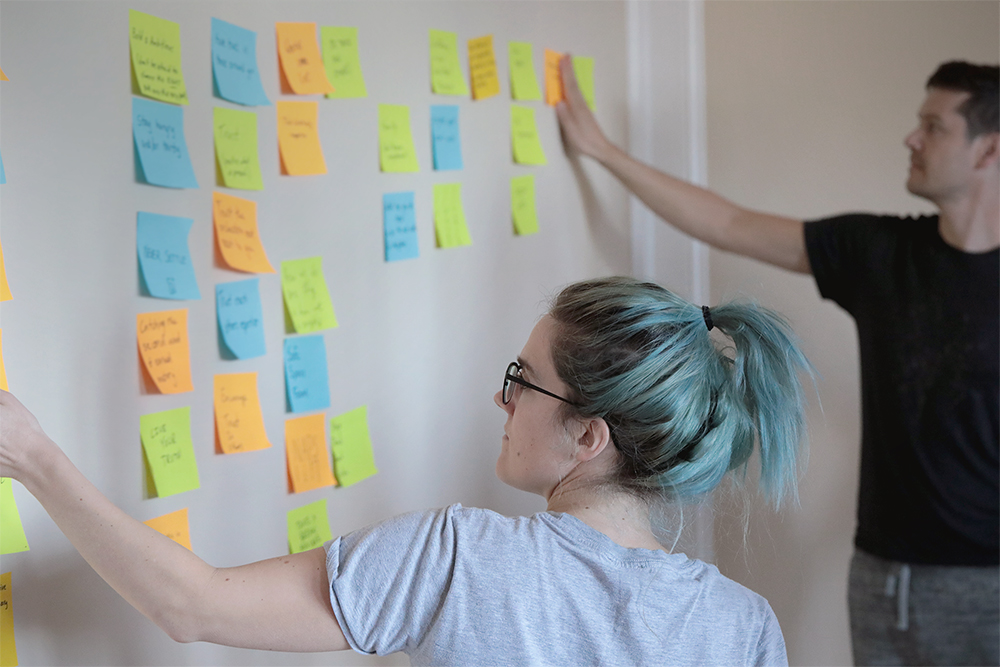 Mapping out MistyWest’s tenets during the 2018 annual retreat

Previously, MistyWest’s founder Josh had been a big fan of the teal organization philosophy illustrated in the publication Reinventing Organizations by Frederic LaLoux (a recommended read for all Westies). It leans heavily on holacratic principles and was a big influence on how MistyWest operated prior to our organizational systems reboot.

While it definitely has it merits, straight out-of-the-box Holacracy was not 100% perfect for MistyWest, so we decided to implement it with a few changes. The new governance model is called Adaptive Holacracy and we devised it with the help of Karim and his model, aptly called Adaptive Organizations.

The Main Tenets of Adaptive Holacracy: 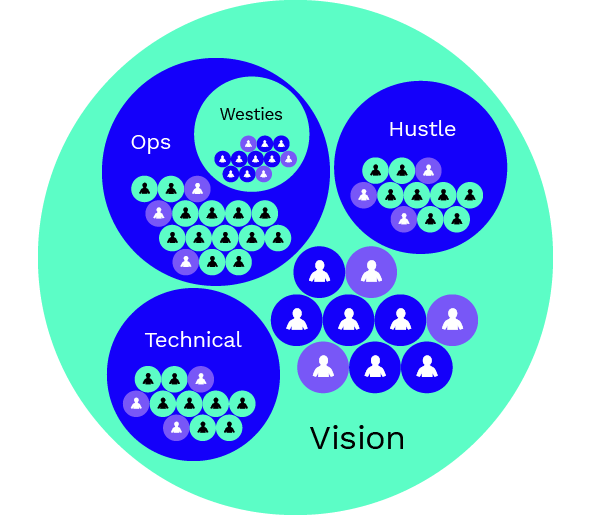 MistyWest’s holacratic structure, as of June 2019

We don’t have departments or managers, but rather Circles. At the highest level, all circles are contained by the Vision Circle (VC), which has its own leadership council of Lead Link, Governor, Facilitator and Secretary, as well as the Lead Links of all the other Circles. There are also a few high-level strategic roles which only exist at the VC level.

Within the Vision Circle lies the Operations Circle, Technical Circle, and the Hustle Circle (Sales & Marketing). Every circle will have at minimum, its own Lead Link (LL) and Secretary, but also eventually a Facilitator and Governor. What role(s) Westies hold determines which Circle(s) they are a member of. 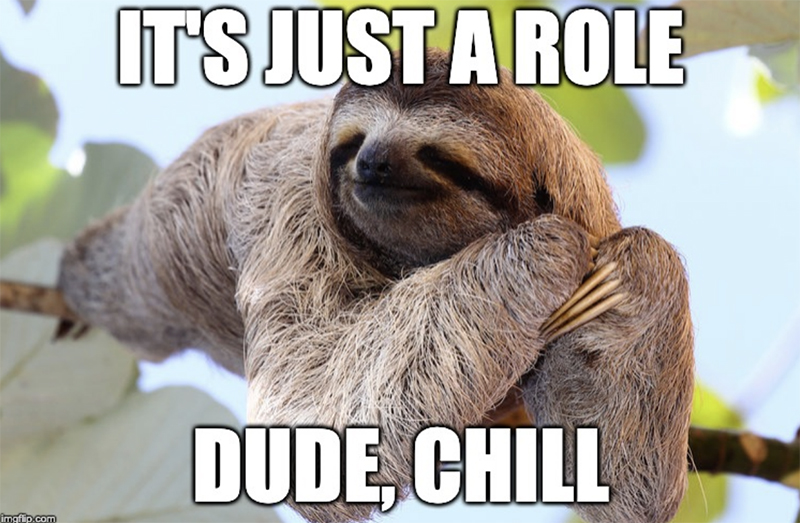 We think less in terms of individual people with titles and seniority, and more in terms of fluid and interchangeable roles with their own accountabilities.

You may be hired as an engineer or sales person, but you will also have the chance to wear many other hats! It might sound intimidating or scary, but it’s actually a lot of fun and a great way to learn valuable new skill-sets. This very much aligns with the MistyWest core value of being lifelong learners.

At MistyWest, we encourage roles to raise tensions as they experience them. This means facing a potential conflict instead of letting it fester or ignoring it (which I think we’ve all probably experienced in toxic corporate cultures). We generally do this by raising the tension directly to the role with the accountability to address that tension.

For example, if you were experiencing a tension with the way communal snacks are purchased, you would search Glassfrog to see who owns the accountability of Kitchen Organization, and raise the tension to that role (either via Asana or directly in person).

When we raise tensions or questions regarding work we are not speaking from person-to-person, but rather role-to-role. You must clearly identify what role you are speaking from, and to what role (not what person) that tension or question is being raised to. If you’re not raising it to the correct role (or not from the correct role) you may be challenged to rethink your approach.

When raising tensions, it’s also important to clearly articulate what the tension is and avoid providing solutions or directives (unless they are requested by the role holder). At the end of the day, conflict does not have to be a negative thing and is actually a way to learn and grow (provided you have productive channels via which to communicate and resolve it).

While it is not a requirement that Westies take on additional roles in our governance system, it is recommended in order to become an engaged member of the MistyWest team. Any Westie that chooses to take on a governance role is supported to achieve success in that role by the members of their Circle, as well as the Vision Circle. If a Westie is not successful in a role, there is no penalty for ceding the role or any resulting impact on future performance reviews. We encourage a culture of lifelong learning, and even failure can be a powerful tool for meeting that end.

Part II of this series talks about the types of meetings we have at MistyWest, as well as some of the tools we use to keep our team organized & projects on-track. Read it here!