Madison heads south to the Bay area to see what local agencies are bringing in terms of industrial, architectual and conceptual design.

San Francisco Design Week is a week-long, multi-event festival in the Bay area that showcases creativity, innovation and intersections of many different industries.We work with many great teams in the Bay Area, so SFDW has been on our event roster for the past 4 years, and during 2018’s Design Week studio crawl we even partnered with SF-based product development firm Cooper Perkins Inc to host a middle-school inspired Science Fair that showcased some of past projects. This year’s official Design Week theme was ‘commUNITY’, and while we didn’t host an event this time around, there was still an air of community around the city. 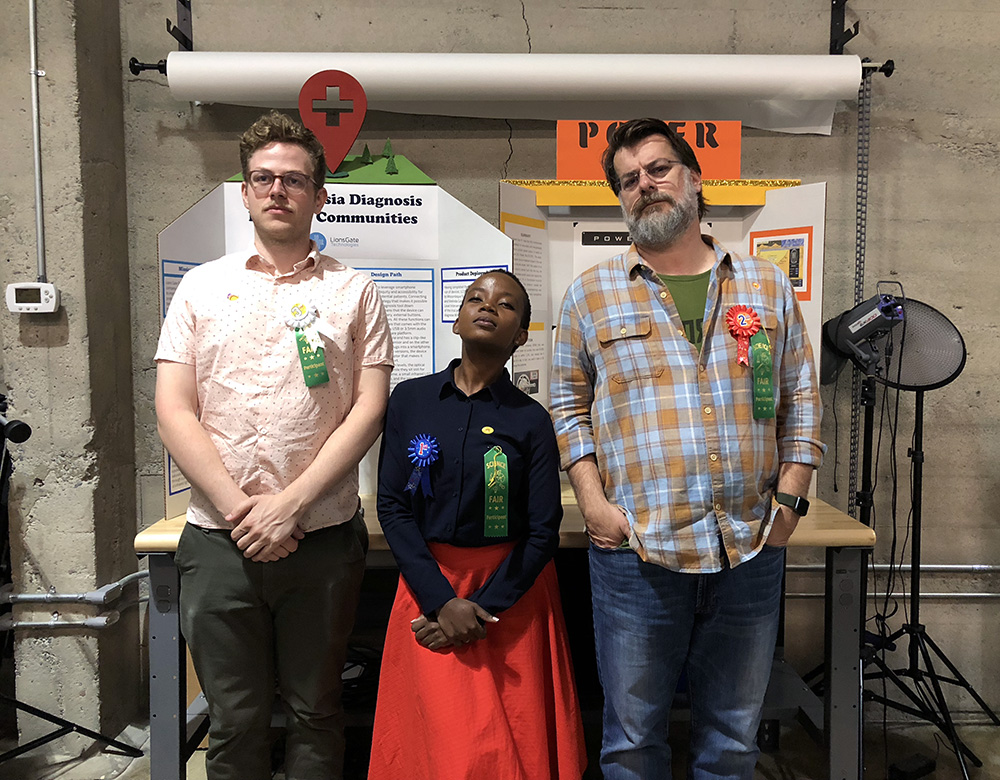 I have been a Westie for 4 years, but this was my first opportunity (more-or-less) to solo explore community events on behalf of the company. While I did get to attend CES with the team in 2016 and 2017, I would describe those experiences as “sleepless and delirious” and “not a great use of my skills” as an introverted, creative type amidst the the overstimulating chaos that is Las Vegas and the conference floors.

The first event I hit up for SFDW was the opening night party, and, if you also attended, then you will already know about the 40 minute ticket holder lineup that stretched all the way from Pier 27 to Pier 23. Good thing it was a beautiful evening! 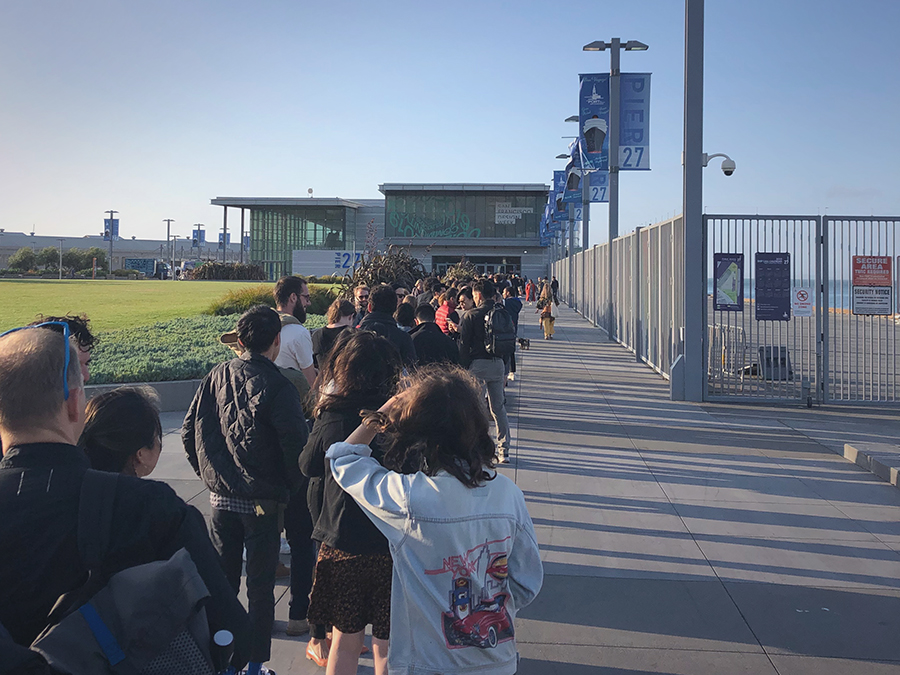 The lineup for the SFDW Opening Night party

Upon finally being granted entry, I helped myself to a complimentary beer from Fort Point Brewing and perused the SHORE installation by Adrien Rovero; interactive, inflatable, and unconventional seating that guests can easily rearrange to their liking.

Marpi Digital partnered with Britelite Immersive to offer interactive digital ecosystems where various atmospheric sounds and gestures from the party influenced the creatures on the screens and also brought new organisms to life.

But while the above was cool to play with, as a graphic designer, my interest was piqued on the 2nd floor of the event, where over 100 top international design firms contributed to a silent auction and exhibition–organized by Mucho–of posters and other conceptual designs that represent commUNITY. Talk about a feast for the eyes!

The following evening, Oleha and I visited the open house at New Deal Design during the studio crawl. New Deal was gracious enough to have their early prototype of Serve, the delivery-robot for Postmates, available for us to observe how they went from concept to creation. It was also great to see lots of early sketches from their industrial designers of Spot–an educational tool for children that encourages discovery away from a digital screen–and how important iteration is to the design process.

A short walk to Pier 17 brought us to Swissnex SF, who showcased their Living Lab with a digital journey through the DFAB HOUSE; the first fully inhabitable building constructed by robots, and Infomesh; an interactive web platform that explores 30 years of open web. 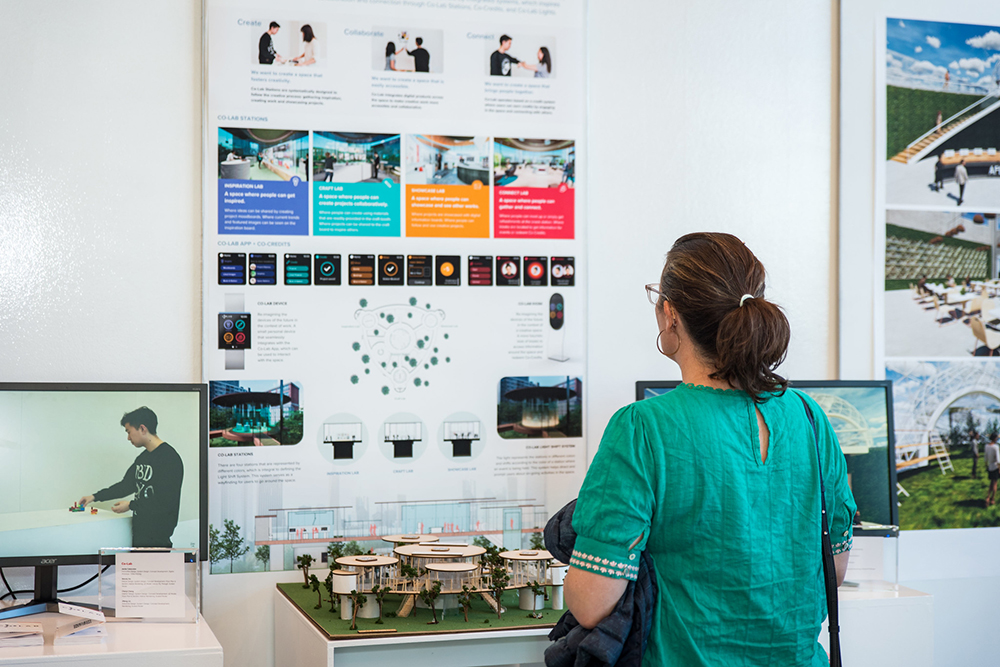 Saturday was a gorgeous day in the Castro neighborhood, where we attended the panel ‘Design Vs. Climate Change: Strategizing for Action‘, hosted at Spark Arts and organized by Design It Forward, a sustainable design collective. The panel included enlightening talks from World Savvy and The Determined, and one of my biggest takeaways from the afternoon was how we need to shake up our thought patterns for solutions to the planet’s sustainability challenge. We don’t want to sustain the existing condition of the planet; we want to regenerate the planet back to a thriving condition.

Our visit to the Bay area was short but very sweet. While it can feel discouraging to be in a city that has an ever-growing monoculture of tech entrepreneurs and Google-Facebook-Amazon-You-Name-It employees, it was nice to be reminded that some of San Fran’s identity as a home for artists and outcasts remains. There are small teams of brilliant, passionate designers and innovators that are trying to make a positive impact on the planet and foster commUNITIES for students and small businesses. If you’re also okay with never owning a house in your lifetime, you might just make it there after all.