Over the next decade, we can expect to see exponential gains in performance and power efficiency of embedded computer systems. 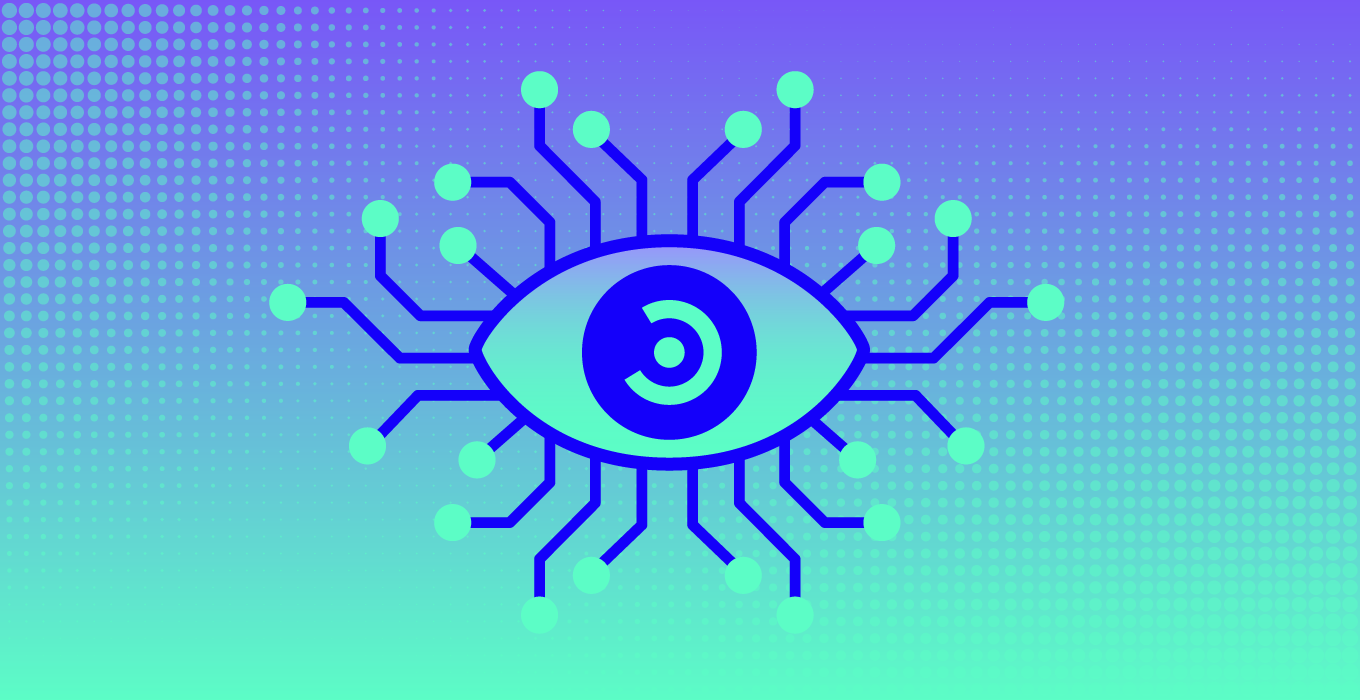 For any successful technology, the evolution process is the same: costs decrease, performance increases, and the ability to innovate compounds. At MistyWest, we believe that advances in cell phones, electrical vehicles, and 5G will lead to a revolution in embedded vision – and we’re currently partnering with Renesas Electronics to release a technology that benefits from these advances. 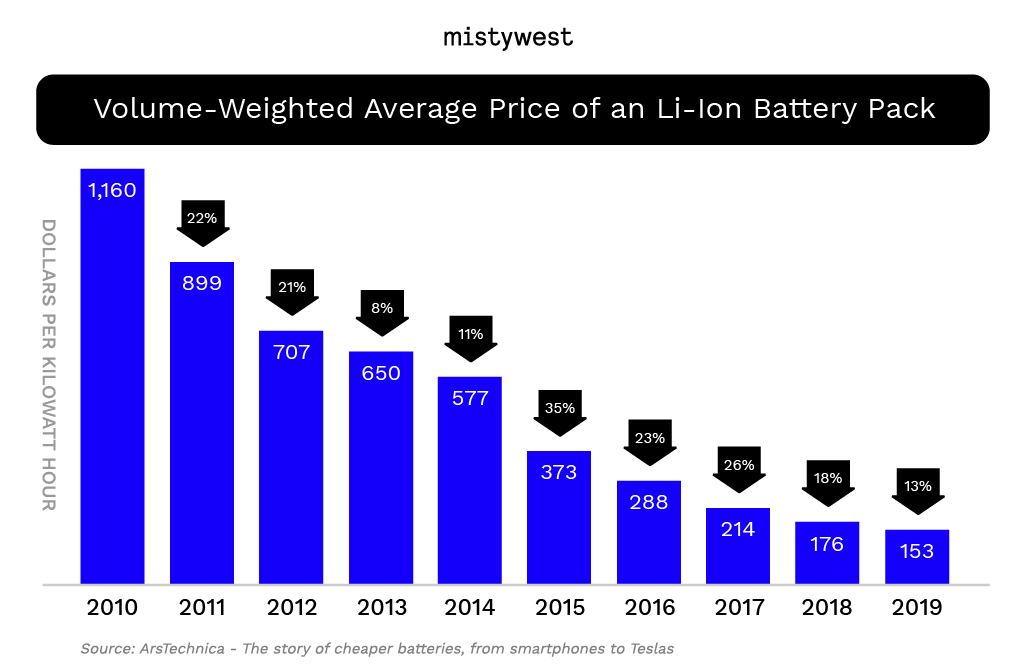 In the next 10 years, embedded systems will use 10 times less power to do 10 times more computing, while battery capacity may increase by three times. The development of dedicated deep learning processors will also be a significant factor and new wireless technologies like NB-IoT (a part of 5G) may decrease the cost and power consumption by a similar factor.

This blog post looks at the current trends in wireless technology, new applications for embedded vision, and novel, market-leading solutions in connectivity.

Battery Advances Are Pushing the Frontiers of Possibility In Many Industries

Currently, many embedded vision applications are not viable on battery power, leading to additional expenses and constraints in deploying those systems. The massive increase in demand for electric vehicles, mobile phones, tablets, and renewable energy is forcing manufacturers to develop batteries that store more power and cost less to produce. As reported by Bloomberg, battery energy density has nearly tripled in the last 10 years for some chemistry, while the cost of producing battery packs for cars has fallen by nearly a factor of 10 in the same time frame. 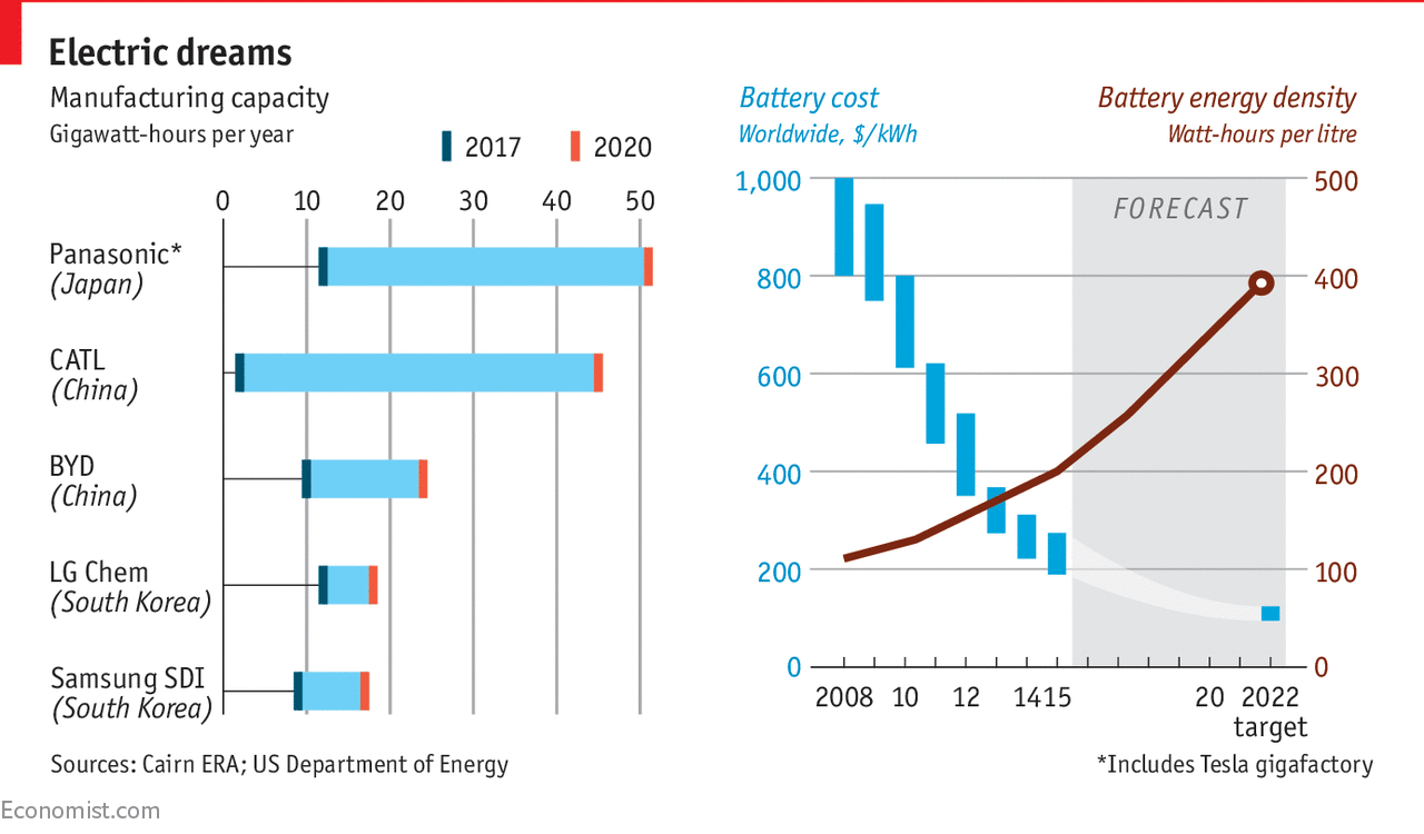 In mobile phones, these improvements haven’t significantly increased battery performance because phone manufacturers have decided to increase performance over battery life. For embedded vision, these performance gains will be used to unlock new applications.

Imagine if you could buy a dashcam for $20 that could run for a year with no cables, and it sent only relevant events to the cloud over a cellular connection. When you’re done with the device, you could put it in a specialized e-waste recycling bin for pick up. 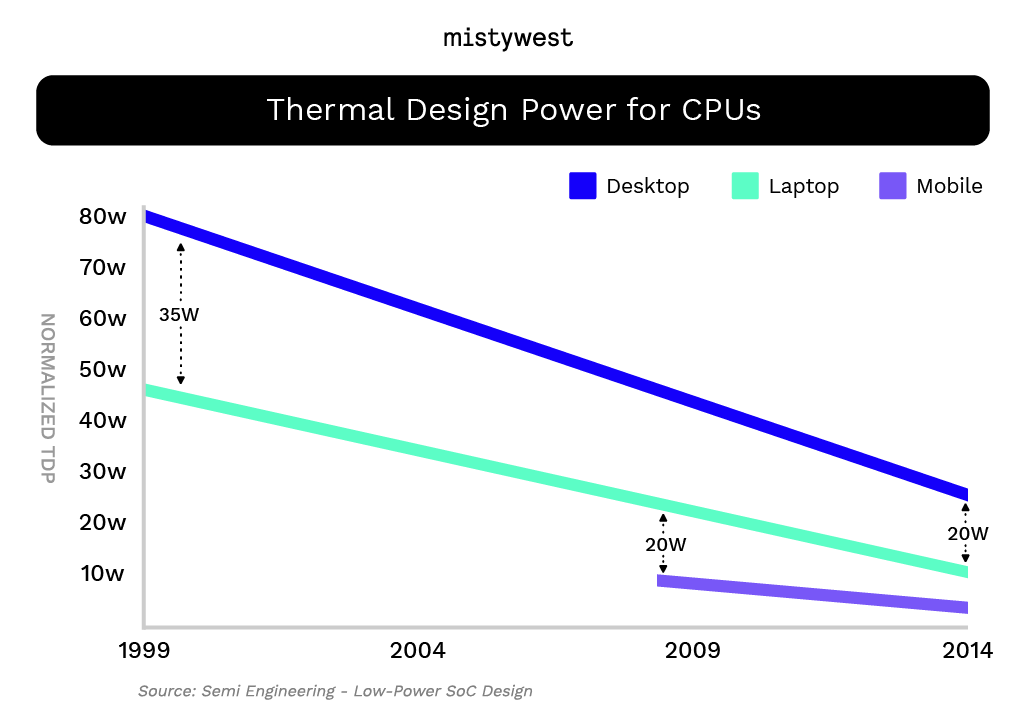 Embedded computers are becoming a significant part of almost every piece of the technology we use in our everyday lives. That smart touch screen on your refrigerator door that integrates feeds from your social media and local news network is an excellent example of an embedded computer.

In the last ten years, we have seen mobile phones, tablets, and the ARM microcontrollers they depend on improve rapidly. Embedded computers have benefited massively from this trend. The RaspberryPi 4 (released in 2019) significantly outperforms the RaspberryPi 3 (released in 2016) at floating-point calculations for only a modest increase in power consumption. 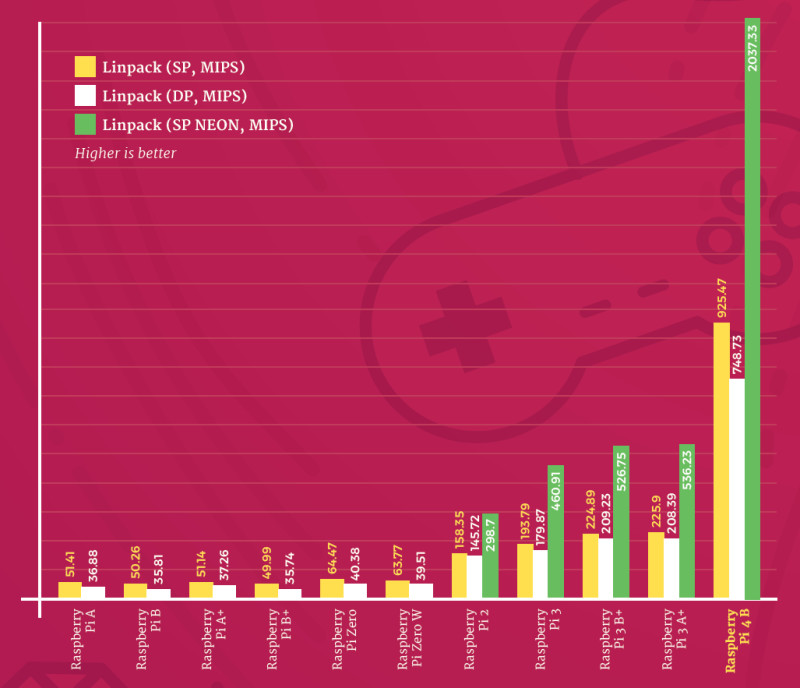 In the next 10 years, deep learning processors, neural processing units, and other specialized computing solutions will lead to exponential gains in the performance and power efficiency of embedded computer systems. In the future, many applications may be able to run locally without being resource-constrained.

The Cost of Wireless Connectivity Is Dropping

Long Range Wide Area Networks (LoRaWAN) open up possibilities in various businesses and industries. For example, Amazon, further branching out into the world of IoT, has recently debuted its latest Sidewalk product, The Amazon Bridge Pro. This device utilizes indoor antennas using LoRA protocol to allow hundreds of compatible devices, such as sunlight detectors, moisture detectors, or even air quality sensors in parks, cities, farms, to connect up to five miles away.

LTE CAT M is a low-power wide-area (LPWA) that was specifically designed to allow machine-to-machine communications over LTE cellular technology. It uses significantly less bandwidth while allowing large-scale download and upload data speeds and uses much less power than previous LTE CAT versions. This can extend battery lifetimes to as long as 10 years, and it can also reduce power costs by 20-25 percent.

LTE CAT M operates on the existing LTE cellular network, providing the same network coverage that most cell phone plan providers have. And since it doesn’t need its own frequency, LTE CAT M can be supported by any major mobile equipment, including chipset and module manufacturers, and be used in mobile applications while benefiting from the current security and privacy features that are available on mobile networks.

Narrowband IoT (NB-IoT) is a low-power wide-area network (LPWAN) radio technology standard that operates using unused spectrum or guard bands. Its high capacity and reliability, low latency, ability to operate over wide ranges, and reduced power needs can help to digitally transform organizations using IoT applications. The next generation of NB-IoT, NB2, will have similar performance to LoRaWAN, with higher data rates, and be part of the 5G standard.

Eta Compute has designed intelligent vision sensors that operate in the microwatt range. Their low resolution and low frame rate allows them to talk directly to microcontrollers (vs talking to a more complex and more powerful microprocessor). This allows them to tackle applications that were previously impossible. They’ve built Talia, a battery-powered people counting sensor with a three-year battery life that communicates over Bluetooth low energy.

Veo offers a battery-powered sports camera that allows you to record a soccer game without a cameraman. They have 2x 4k cameras with fisheye lenses that allow the system to capture the entire pitch, and Veo has developed an algorithm to automatically detect the ball and create a fully edited video based on the match.

Unfortunately, not all of the IoT projects MistyWest sees or works on are in the public domain. One application we’ve seen is a smart camera system for measuring fill level in front-end garbage disposal bins (the ones picked up by forked dump trucks). The sensors are battery-powered and take images of the bin when they detect motion, which are sent over LTE CAT M and analyzed in the cloud. When the bin becomes full to a certain level, a garbage truck is dispatched. This reduces the number of trips and prevents the need of emptying partially full or empty bins because of scheduling.

There are also significant advances happening in the computer vision sensors themselves. Sony and other groups have been inspired by how the human eye works to create an event-based vision sensor that can see movement at high spatial and temporal resolution without giving up dynamic range or requiring special lighting conditions.